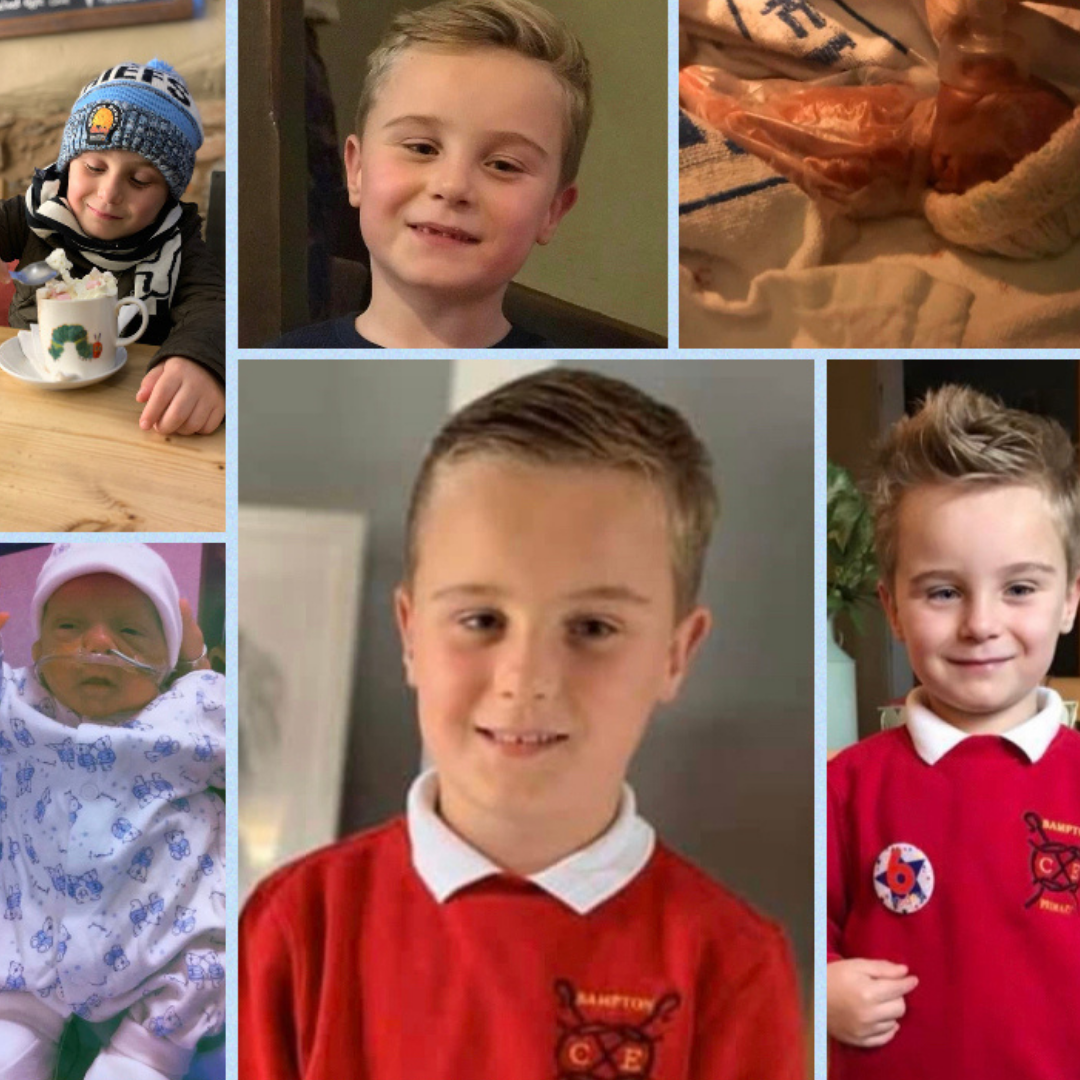 Bow was born prematurely in December 2011, weighing just 1lb 6.5oz, and was taken straight to the neonatal unit. During his time there, Bow had daily battles with many of the general problems premature babies often have. He also had a bleed on the brain over his first Christmas, and so was taken to a hospital in Bristol for emergency brain surgery.

Jodie, Bow’s mum, said: “Sadly, one of the biggest battles we had was when Bow contracted Necrotizing Enterocolitis. This was the hardest four week period of the whole neonatal journey, but like everything else, somehow, Bow got through it.”

Since his time on the neonatal unit, he’s also had a number of surgical procedures, including two bilateral hernia surgical repairs, and suffers from chronic lung disease. This resulted in him needing to be constantly attached to oxygen for a further two years after he left the neonatal unit.

Jodie, Bow’s mum, said: “Over the last 9 years, with Bow’s complex medical needs, we’ve found ourselves at the RD&E very often – either through routine appointments or stays on Bramble Ward when things aren’t quite right. Every single time the care and service has been faultless. Bow has received the best possible care and, as parents, we are reassured by the excellent knowledge the hospital provides.

“Bow does still have some ongoing things to deal with and hurdles to jump, but we are reassured in the knowledge that, when needed, the paediatric team at the RD&E will always be there and know exactly what to do.”