'Jogle9ers' raise over £36,000 cycling from John O’Groats to Lands End 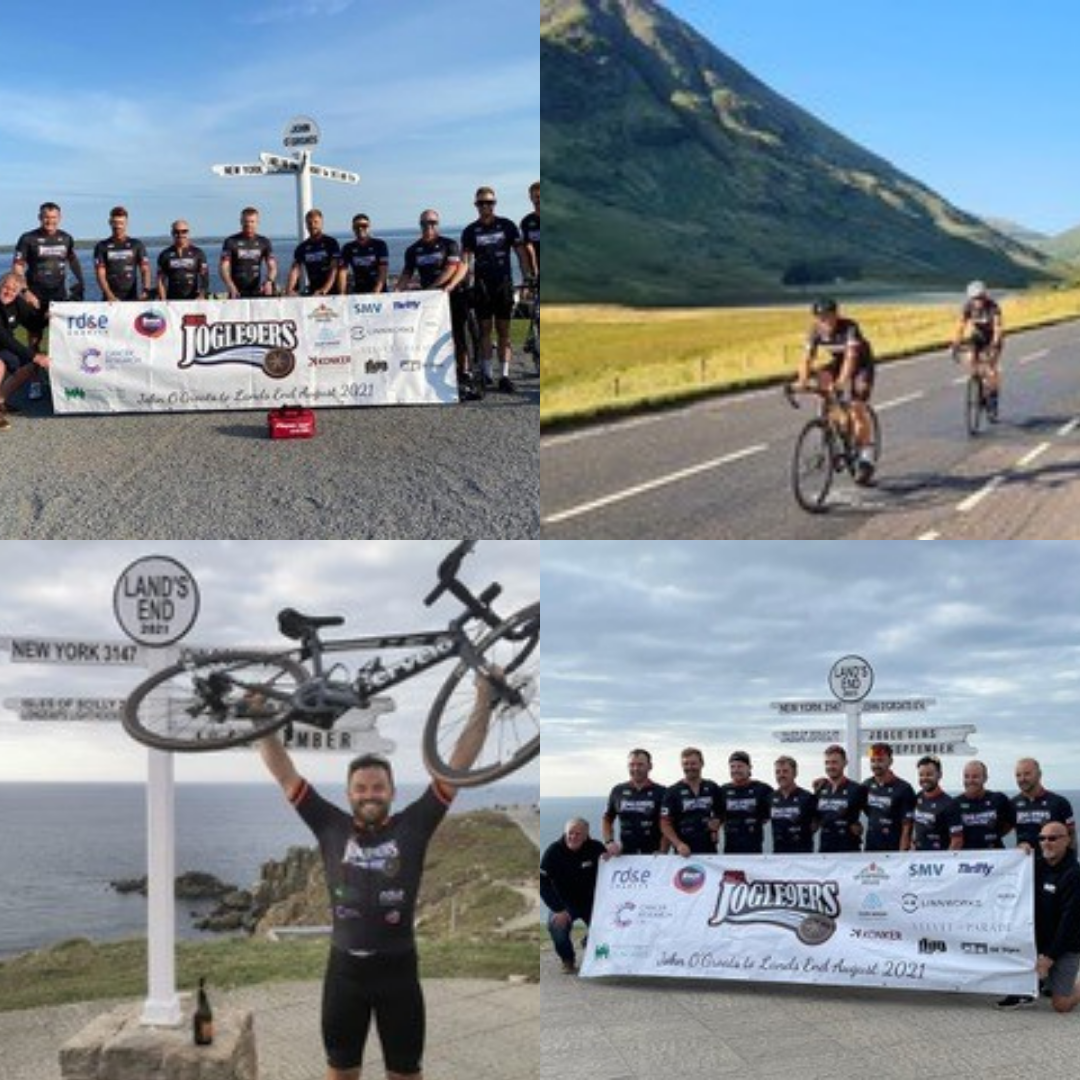 'Jogle9ers' raise over £36,000 cycling from John O’Groats to Lands End

Nine men from Devon have cycled from John O’Groats to Lands End over nine days, raising over £36,000 for four charities, including the RD&E Charity.

The money raised will be split evenly between the Royal Devon & Exeter NHS Foundation Trust’s stoma nurses (RD&E Charity), Cancer Research UK, Children's Hospice South West and Beat. Spencer Lane, one of the cyclists, wanted to support the RD&E’s stoma nurses to thank them for the care he received after his stoma surgery in December 2020.

Spencer said: “The idea for the cycle came after my emergency surgery in December. I really wanted to thank the stoma nurses and the surgeons who helped me and also raise some awareness around a hidden illness like Ulcerative colitis. The ride was amazing and all of the boys did themselves proud completing the 930 miles in 9 days. Thank you to everyone for all the support.”

Ian Roome, Head of Charity Fundraising at the RD&E Charity, said: “We’d like to express our thanks to Spencer and the rest of the Jogle9ers team for taking on this incredible challenge and for raising money for the RD&E Charity. The money raised will really benefit staff and patients within the RD&E’s stoma unit.”