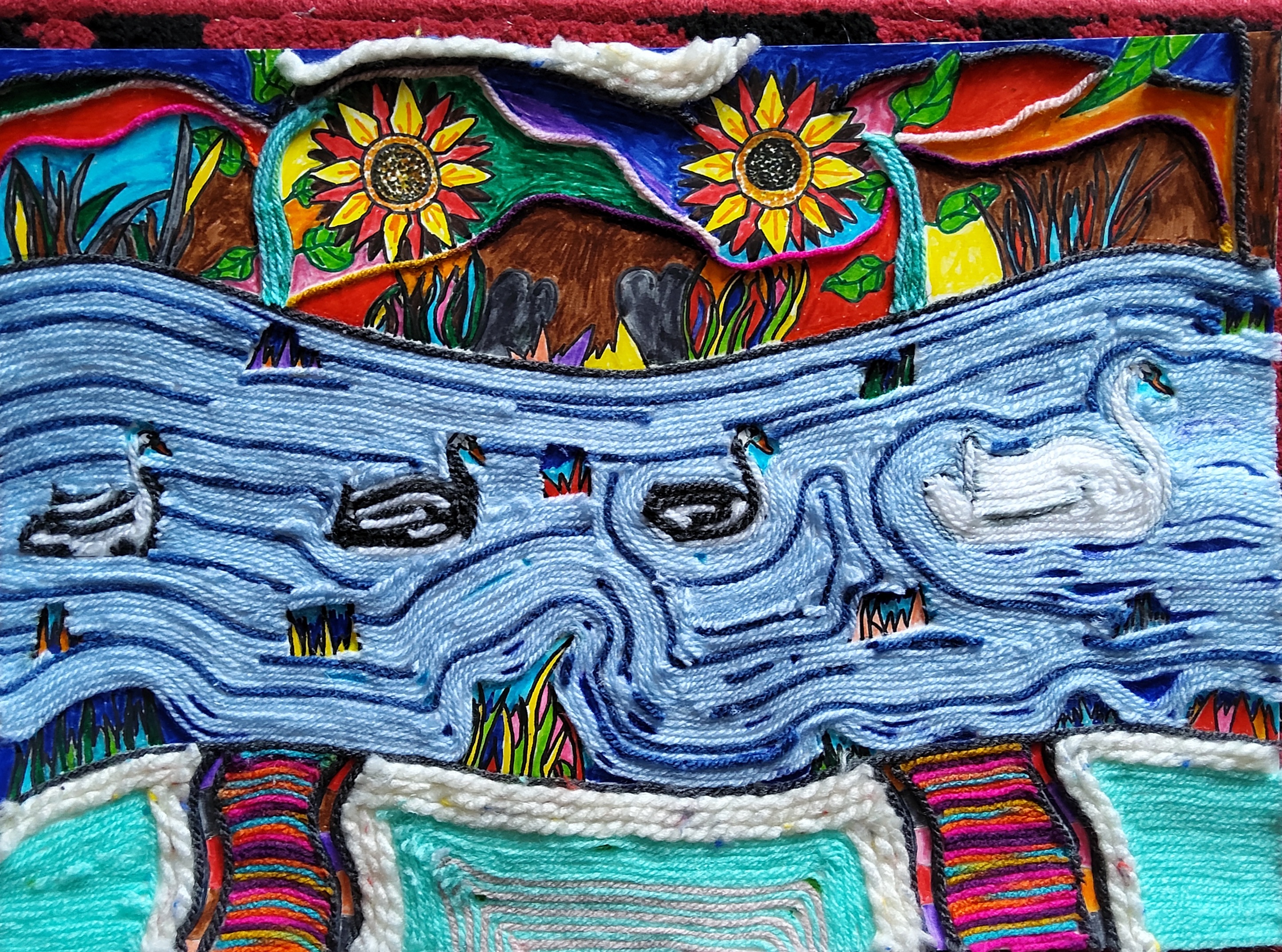 Exeter-based Joseph McAloon, who taught himself to paint after suffering a stroke, has donated some of his paintings to essential local services, including the Royal Devon and Exeter NHS Foundation Trust (RD&E) as a thank you to staff.

Joseph had his first stroke at 17 years old and developed Aphasia. Soon after experiencing a second stroke in 2016, Joseph started attending the Living with Aphasia group, who encouraged him to join their creative arts class. Although these stopped during the lockdowns, Joseph continued to teach himself to paint freehand, via intricate paint by numbers and with a range of materials, all one-handed due to his disability.

So far, he has donated his artwork to the RD&E, including the Mardon Neuro Rehabilitation Unit and the dementia ward on the Wonford site, as well as the police, fire service and other local services.

Joseph said: “A few months ago I was sat at home watching a program about how essential services have played such an important part during recent times. I also then realised that our society depends so much on the dedication of others. I thought how can I say thank you to them. That is when I decided to donate my pictures.”

Ian Roome, Head of Fundraising at the RD&E Charity, said: “We’re really grateful to Joseph for his donated paintings. They’re incredible and will help to spread some cheer around the hospital.”